The majority of cryptocurrencies consume energy through a process known as mining. Crypto mining is a critical component in the maintenance of the Blockchain, which is the leading token of all crypto tokens. It includes both the process of verifying new transactions in the blockchain system and the process of releasing new coins into circulation.

In this article, you will learn how does crypto use energy and why its rise is causing concern for our environment. We will discuss Bitcoin in greater detail because it is the most well-known of thousands of cryptocurrencies and has consistently set new records – but is it sustainable? Continue reading to fully understand why does Bitcoin use so much energy.

Why Do Cryptocurrencies Use So Much Energy?

You might wonder, “What is the source of Bitcoin’s and other cryptocurrencies’ high energy consumption?” People use digital currency to avoid banks and traditional payment systems, in a nutshell. However, large amounts of electricity are required to generate such digital currencies, which has a negative impact on society.

Crypto mining uses a lot of energy because it is done on powerful computers and mining rigs that can generate thousands, millions, or even billions of hashes per second.

How Much Electricity Does Bitcoin Mining Use

Bitcoin (BTC) and other cryptocurrencies’ energy demand is increasing on a daily basis, and this is not by chance. Bitcoin’s unique algorithm necessitates computer competition for validation rewards, also known as mining. As the network expands, so will the energy consumption and potential carbon footprint. Let’s break it down so it’s a little easier to understand:

Environmentalists, for example, argue that Bitcoin is an ecological disaster due to the large amount of energy required to mine it.

The network relies on thousands of miners running energy-intensive devices around the clock to validate and add transactions to the blockchain and more people are being incentivized to become miners as the value of cryptocurrency rises.

Measuring the exact negative impact of cryptocurrency mining has become a cottage industry in and of itself.

Solutions to Cryptocurrency Energy Use

Proof of work is used by many public blockchain technologies. This is true of many Bitcoin derivatives as well as Ethereum, Bitcoin’s main competitor. However, there are alternatives to proof of work that will help reduce crypto energy use.

Change to a Proof-of-Stake System

The most common substitute for proof-of-work is proof-of-stake. The probability of being chosen as a validator of a block in proof of stake is proportional to the amount of cryptocurrency owned. As a result, resistance to attacks is determined by the value owned (in cryptocurrency), rather than the computing capacity mobilized.

It should be noted, however, that in some variants of the proof of stake, proof of work is still used, but with much lower difficulty and therefore infinitesimal energy consumption. Participants in the delegated proof of stake authorize a small number of validators (a few dozen) who coordinate with a simple algorithm. As a result, these algorithms remove the source of excessive energy consumption from proof of work.

Bitcoin is the world’s oldest and most used cryptocurrency, but others use far less energy. According to research, some cryptocurrencies are energy-efficient and rely on a group of trusted nodes to authenticate transactions. Several other cryptocurrencies, such as Ripple (XRP), were not mined at all but were instead generated algorithmically, reducing the need for dedicated high-speed mining equipment.

Some other energy-efficient cryptocurrency systems are:

Instead of consuming ridiculously high amounts of electricity, you can switch to one of several renewable energy sources.

One of the easiest and most cost-effective methods is to install photovoltaic panels. The only thing that may be a little difficult is precisely estimating consumption needs.

Another method is to use geothermal energy, such as that emitted by volcanoes. That may sound crazy, but it’s a viable choice. Geothermal energy encompasses a number of tried-and-true methods for harnessing the heat of the earth to generate electricity. In general, this is based on a water circuit that will be heated by the rock’s high temperatures. This heated water will generate steam, which will power turbines, resulting in the generation of electricity. Because of the La Soufrière volcano, Guadeloupe already produces 10% of its electricity and they are working on taking it to 24% by 2025. 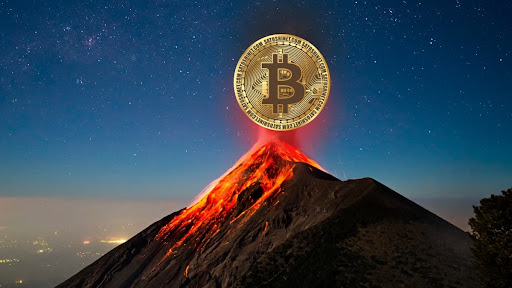 Pre mining is the act of creating a large number of blockchain-based tokens or “coins” prior to the release of a cryptocurrency to the public. Pre mining is often associated with initial coin offerings (ICOs) as a way to reward project founders, developers, or early investors.

Because blockchain developers devote a significant amount of time and effort to the creation of a cryptocurrency, it makes sense to set aside a portion for them before the public release. This practice also helps to reduce mining’s energy consumption.

Carbon credits are the government-sanctioned ability of a company to emit a certain amount of carbon into the environment. They’re frequently securitized, which means they can be traded from companies that don’t need to produce a lot of emissions to companies that do.

This incentivizes a company to produce less than its allotment and penalizes those who exceed it. In the case of a crypto mining company, this could mean purchasing carbon credits from another company to help offset the amount of emissions it produces or switching to cleaner energy so it can profit from selling its credits.

By removing the proof of work system, the excessive energy consumption of certain public blockchain technologies such as Bitcoin can be reduced. Since the inception of Bitcoin in 2008, new consensus algorithms have been proposed, each of which offers a different compromise between security, decentralization, and energy consumption. The shift from crypto mining to proof of stake will contribute to more sustainable blockchain technologies.